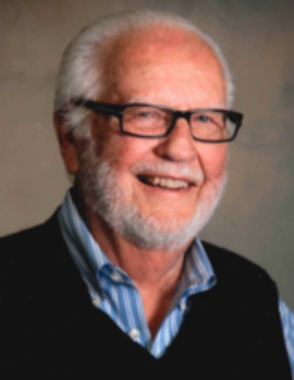 Back to Jim's story

Jim Houston Day, Sr., O.D. of Gardendale, Alabama, passed away April 6, 2019 at the age of 90. He was a member of the Cathedral Church of the Advent in Birmingham. Born in Griffin, Georgia, he moved to Birmingham as a child. He attended Edgewood School and Phillips High School before joining the United States Army, where he was promoted to the rank of sergeant and stationed in San Antonio, Texas, and Greenland. In 1950, he graduated from Northern Illinois College of Optometry in Chicago, Illinois, and married his wife, Mildred Leake Day. They celebrated their 68th wedding anniversary on November 18, 2018.
Himself the son of an optometrist, he practiced optometry alongside his brother, son, and daughter-in-law in North Birmingham, Montevallo, Columbiana, and Gardendale. His practice in Gardendale, Day Optometry Clinic, continues to operate today as Day Eye Care. In 1972, he served as President of the Alabama Optometric Association and earned the President's Award in 1979. He was appointed by the governor of Alabama to the State Board of Optometry twice, serving from 1980-81 and 1982-86. For his service to the profession, he was recognized as Optometrist of the Year in 1992. After practicing for 48 years and serving thousands of patients in North-Central Alabama, he retired in 1998.
Outside of work, he found joy leading his church and his local Boy Scout Troop. He served as an Elder of Sixth Avenue Presbyterian Church and Mountain Brook Presbyterian Church. He was a member of Gardendale Civitans and Scoutmaster of BSA Troop 266 in Gardendale. In 1975, he was recognized as a Leader of Distinction for his service to scouting, and in 1976, he was awarded Scoutmaster of the Year. He also loved his adopted home of Gardendale, which recognized his service to the city with Man of the Year in 1977 and a Beautification Award in 1990. In his free time, he enjoyed photography and traveling the world with his wife, as well as spending time with his five children, numerous grandchildren and great-grandchildren.
He is preceded in death by his parents, Francis Jasper (F.J.) Day and Della Sliger Day; his brother, Francis Day, Jr.; and his daughter, Adele Day. He is survived by his wife, Mildred Leake Day; his children, Marjory (Nelson) Cooper, Jim (Cindy) Day, Susan (Karl) Kling, Howard (Sharon) Day, and Roger (Jodie) Day; his grandchildren, Crystal (Jeff) Dickerson, Wes (Jerri) Day, Sarah (Steve) Smith, David (Alison) Kling, Michael (Samantha) Kling, Margaret (Jon) Elsner, Will Cooper, Russell Day, Thomas Day, Marjory Day, and Jacob Day; his great-grandchildren, Ella Dickerson, Eli Dickerson, George Kling, Cooper Smith, and Michael Smith; and his step-great-grandchildren, Peter Marvin and Lance Gilbert, and two nieces, Della Davis and Dorothy Kiker.
A visitation will take place at The New Gardendale Funeral Home in Gardendale (2214 Decatur Highway) on Friday, April 12, from 5:00-7:00 PM. The funeral will take place at The Cathedral Church of the Advent in Birmingham on Saturday, April 13, at 12:00 PM with a graveside service at Elmwood Cemetery to follow. In lieu of flowers, donations be made in memory of Jim Houston Day, Sr. to the Cathedral Church of the Advent (2017 6th Avenue N, Birmingham, AL 35203).
Published on April 8, 2019
To plant a tree in memory of Jim Houston Day, Sr., O.D., please visit Tribute Store.

Plant a tree in memory
of Jim

A place to share condolences and memories.
The guestbook expires on July 07, 2019.

Restore the guestbook to view the 2 more posts by family and friends, and share a memory or message of condolence of your own.